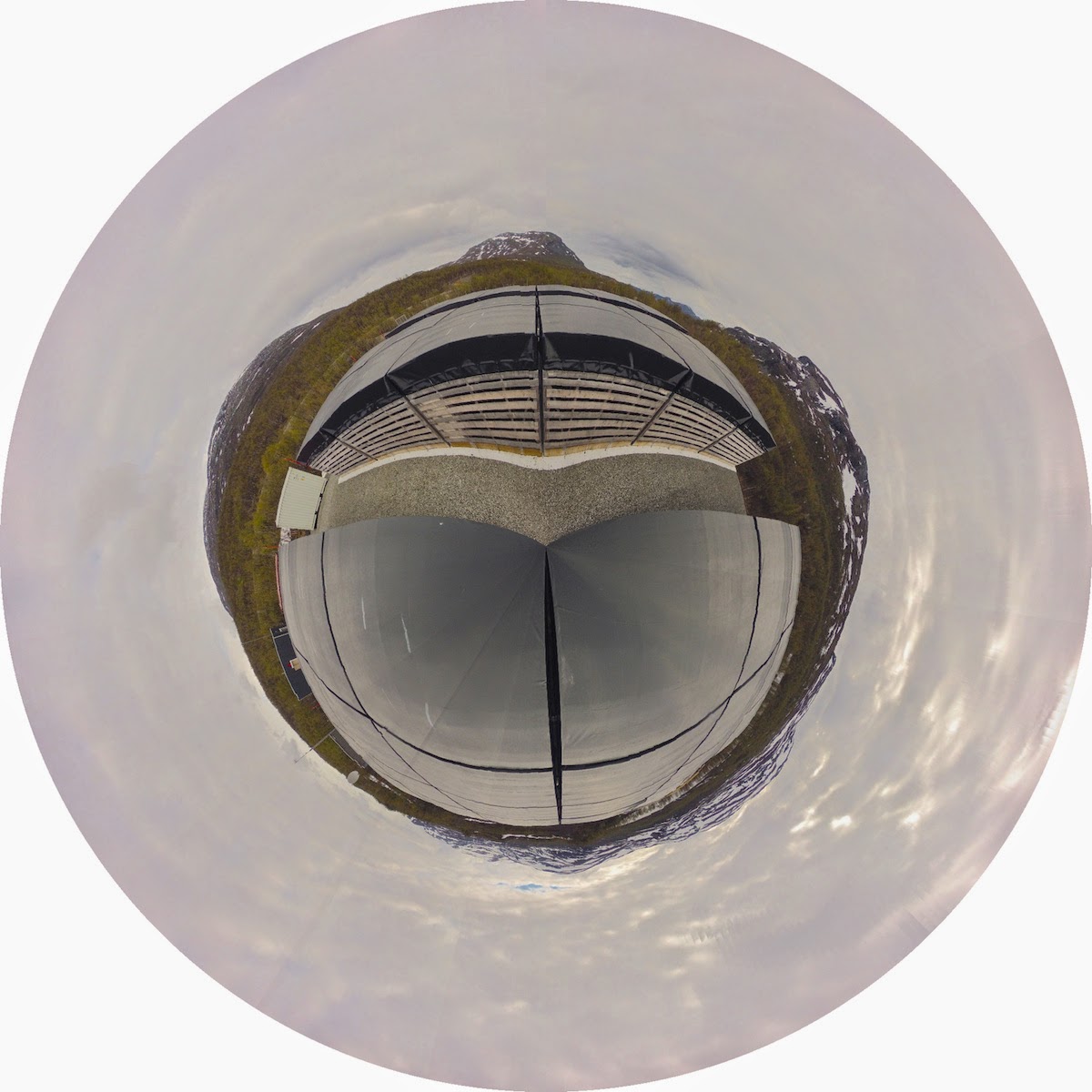 Previously, I wrote about how a time-lapse camera on a rotating egg timer can lead to a pan-lapse film and a stripy 360° panorama. However, one can push this game even further. The above image type is also know as "little planet," since there's sky all around a landscape photograph.

It is essential to make the left and right edges of a panorama match exactly to get the impression of a continuous image. The above image was created from the "cloudy sky" stripy panorama of KAIRA. The image was loaded into the open-source image manipulation software Gimp, and then turned into this circular panorama using the distortion filter "polar co-ordinates." It's a pretty cool effect. 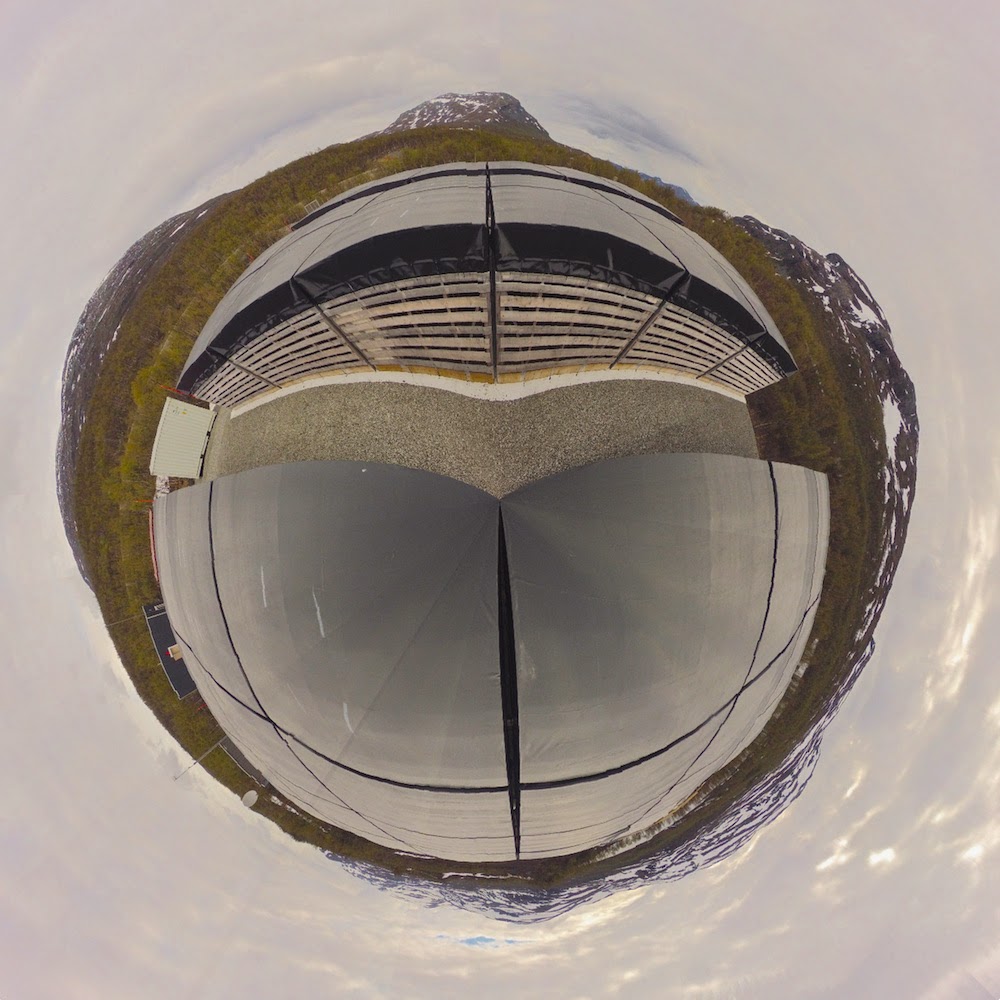 Of course one can crop it just so as to get rid of the white corners. Alternatively there's another distortion filter "lens correction," which can instead stretch the sky into the corners, but it leads to some artefacts I didn't like, so I opted for cropping instead. 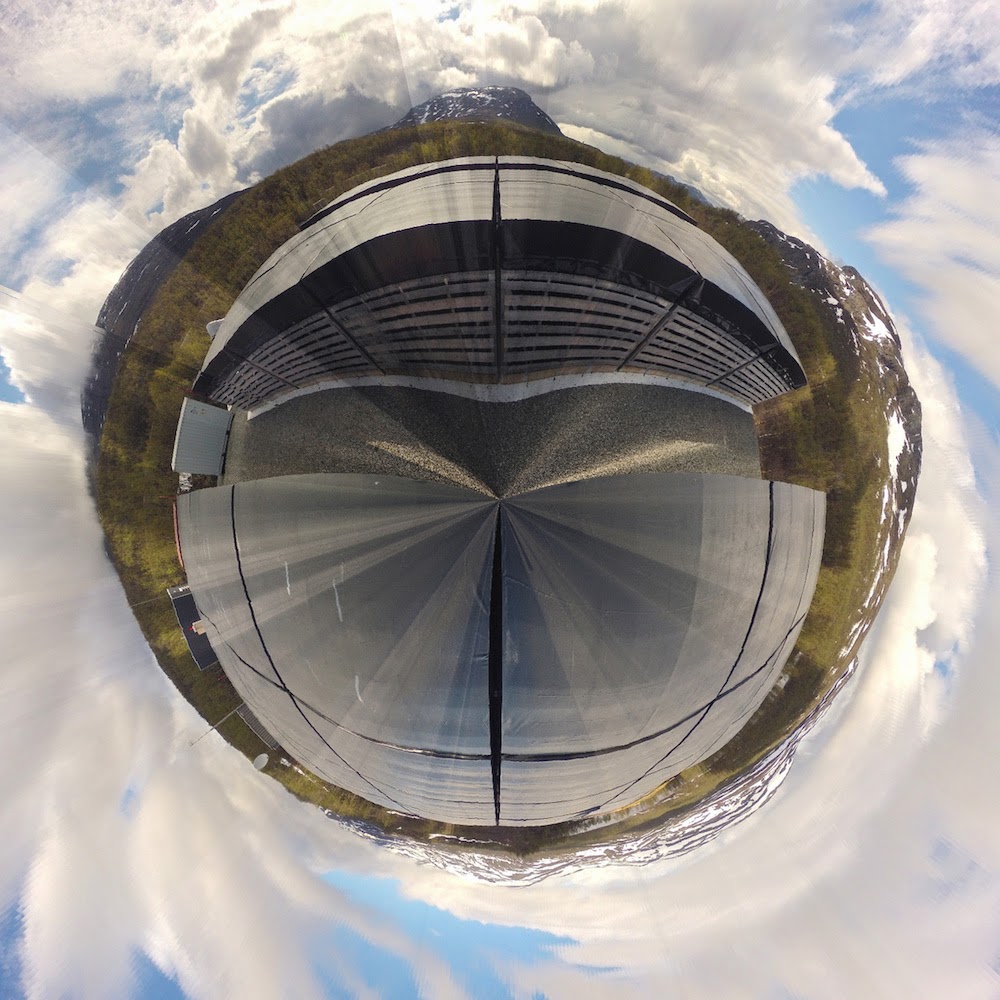 Here's the result of the same operation on the "sunny" stripy panorama of KAIRA. Since the centre of both panoramas point in different direction, I used an additional feature of Gimp's polar co-ordinate filter, which let's me rotate the circular image just the way I want it, i.e. with the fell of Saana at the top. Here you can see very clearly the different shades caused by the automatic exposure of the GoPro camera.

A related article is on the KAIRA blog.