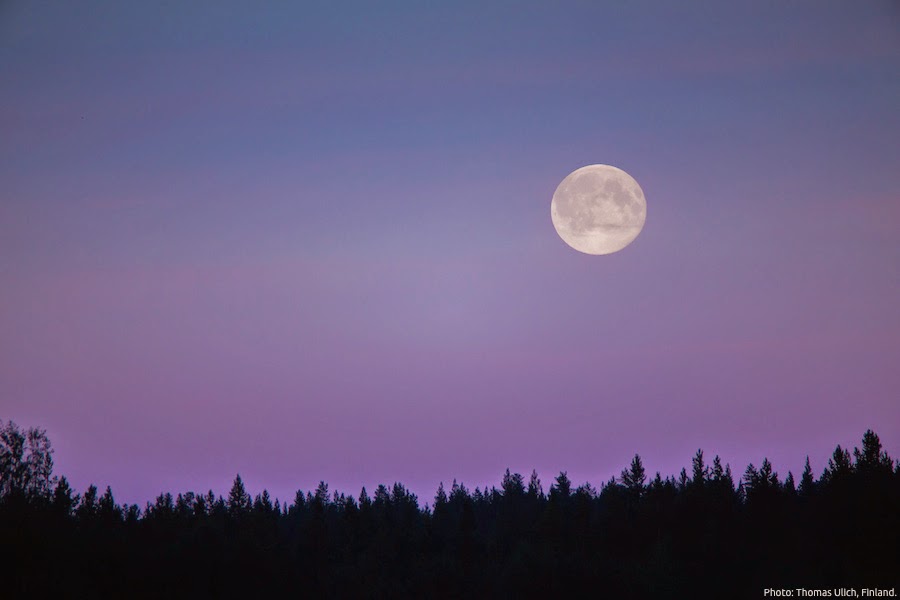 Currently, there's talk in the media again about the so-called "Supermoon." What is it? The Moon's orbit around the Earth is not circular, it is elliptic, and the orbit's closest point, the perigee, to Earth is about 50.000 km closer than the farthest point, the apogee. Every so often, full moon on Earth coincides with the time the Moon is at its perigee, and therefore it appears to be unusually large. When this happens, it is called "Supermoon."

See also: on spaceweather.com, there's a side-by-side comparison of the size of the moon as seen from Earth in March and August 2014.