Today was the big day: Our House, which we spotted already last night parked up in front of a service station in the village, was deployed onto its foundations. Work began with the arrival of a large crane, and the first lorry with a house module showed up at 08:00 h. Another lorry arrived shortly afterwards. 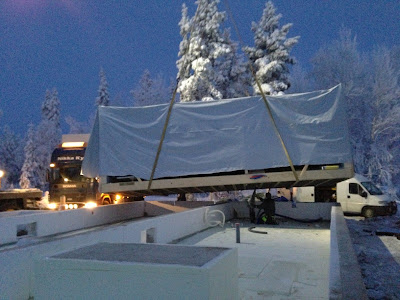 The first module to be deployed contained the geothermal heat pump and hot water reservoir, and therefore it took some time to get the pipes fed into it before lowering it into its final location. Also, precisely lining up the first module is more difficult, the later modules are just placed a given distance from the first. 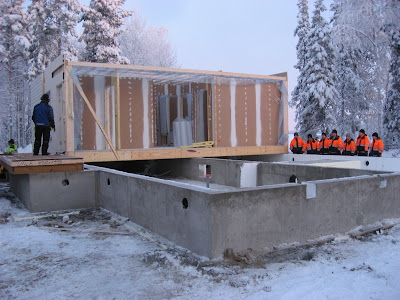 After the arrival of the second module, the plastic covers were removed and Our House revealed its interior for the first time. At the same time, a class of construction students from the local Lapland Vocational College showed up in order to see the construction process live. 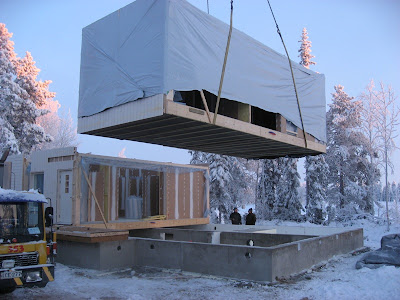 There was a break, because the lorries had to return to their trailers, where another crane moved the other two house modules onto the lorries. This became necessary, because the dirt road to Our House has a narrow right-angle bend, and the site was out of reach of the trailers. Soon these modules arrived and were lifted onto the foundations. By lunch time, the house looked complete, with only the roof missing. 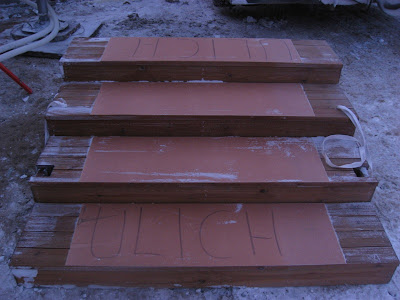 Another lorry arrived and brought all kinds of smaller elements, which are needed to complete the house. These include the steps leading up to the entrance doors, the small roof above the back door, the front porch floor, and the triangles for the roof. Nice to see the stairs, I guess there's no doubt who lives here... 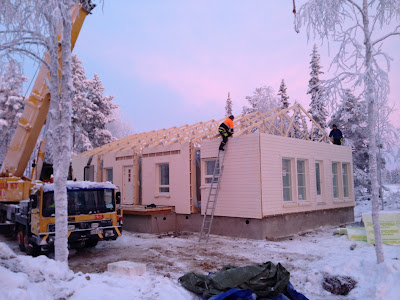 It took less than an hour to put up all the roof triangles, plus another hour or so for the outer wall triangles at both ends of the building, which was completed only after dark and therefore above is the intermediate stage. 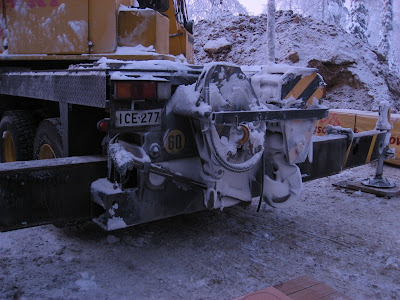 As one can guess from the photos, the weather was stunning again. Blue skies, a great sunrise and sunset, at temperatures of only –20°C, which is rather warm for blue-skies conditions in January. However, the registration plate of the crane looked very appropriate for these Arctic conditions.

A summary of the today's action is available as a time-lapse film, taken with a GoPro camera at one  photo per 5 seconds from 08:15 h to 16:15 h resulting in a short film of 3'30" duration (the lunch break cut out). Enjoy!